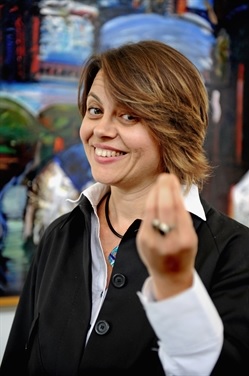 Bodily actions may be used to directly act on the world around us (e.g., to open a jar), or as a means of communication as in gestures- when the hands simulate opening a jar or point to entities (real or absent).  Probably as unique to our species both types of actions can be modulated for communicative purposes and thus in relation to communicative intent. I will present behavioral, neural and cross-cultural evidence specifically  for  the role of  kinematic modulation as well as eye gaze (i.e, ostensive signals) in conveying communicative intent  during both production and perception of  gestures and actions in various contexts (e.g., in absence or presence of language). I will also argue that communicative modulation of actions and gestures plays a significant role especially in facilitating social interaction and cultural transmission (i.e., language, world knowledge).